CMD368 – Valve has reached its next milestone for The International 2022, with the prize pool hitting $10 million on the back of continuous battle pass sales—but that hasn’t stopped it from lagging behind several of Dota 2’s previous records.

Since launching on Sept. 1, the TI11 battle pass has been chugging along at a solid pace that has the event sitting miles ahead of most other esport prize pools historically.

But, compared to the last two iterations of The International this battle pass has dropped off and is slowly losing ground on their projections.

Over the last week, 2022 sales have started dipping to the point where the graph is almost flatlining, with the gap between the three recent events slowly widening. 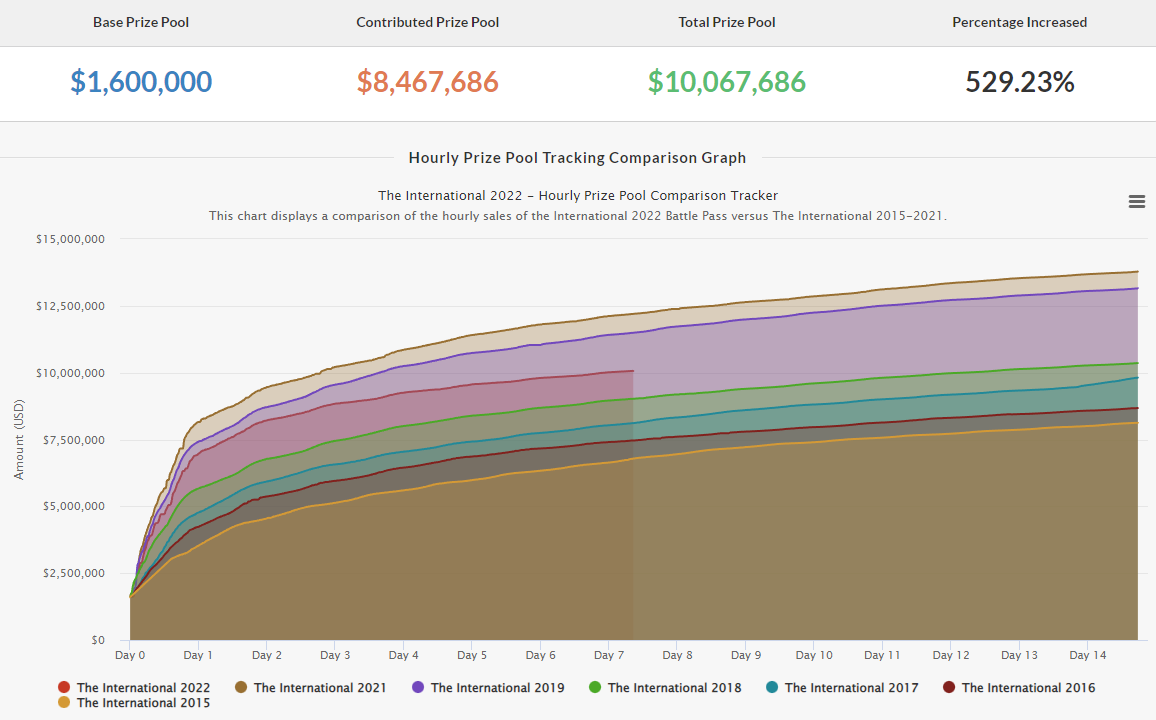 Even if Valve pushes more Level Bundles live on Steam for players to purchase, 2022’s battle pass is still facing a shortened timeline to raise money for TI11. This is due to Part I of the battle pass ending on Nov. 2, with Part II beginning the day after and removing that 25 percent pay in for the event since it will be over.

Two months is not enough time for this battle pass to raise over $40 million, and the community is very clearly not inclined to spend as heavily either according to the numbers.

Now, whether that is due to the battle pass dividing its content into two parts, thus limiting the offerings for Part I, is still unknown, but the responses to this year’s battle pass have been largely negative.

Going off that, this will likely be the first time since 2011 that TI has not broken its own record for largest Dota 2 and overall esports prize pool, which would leave TI10 as the reigning title holder.

The possibility of a shocking comeback is still on the table, but with each day that passes and trends continuing to negatively impact sales, it becomes less and less likely.